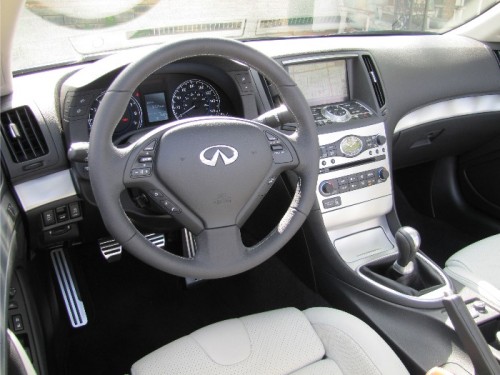 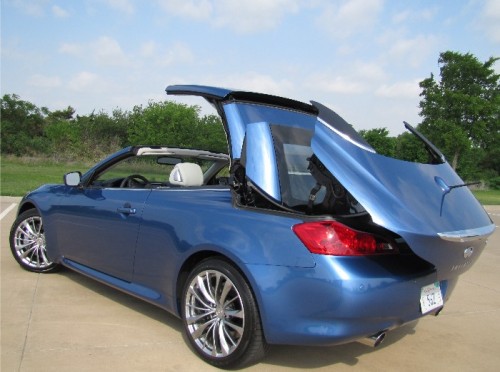 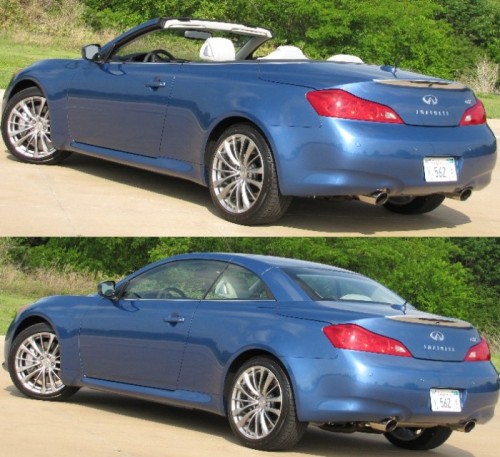 Summer is calling and Infiniti is answering with its G Convertible model.

Based on the stylish and sporty G Coupe, the new hardtop droptop adds a third dimension to driving pleasure from the automaker.

They still have all the basics covered: Spirited 325hp VQ-Series 3.7-liter V-6 engine under the hood backed by choice of 7-speed automatic transmission or (as ours was equipped) a quick-shifting 6-speed manual gearbox with short-throw shifter and commuter-friendly clutch.

The Infiniti is not the all-out bad boy street racer its 370Z cousin is. Nissan’s luxury marque offers a bit more sophistication for the G37 while offering a full host of comfort and convenience amenities worthy to compete against European nameplates.

Infiniti has long been seeking to knock BMW off its lofty throne with their 3-Series and the G lineup certainly comes as close as any to achieving that. While I don’t fully drink the Bavarian kool-aid I do believe the convertible 335i we tested last year rates just a little bit higher in my book than this G37 Convertible.

Part of that reason is the near total elimination of trunk space when the Infiniti roof is stowed. And the speed getting it there also lags a bit behind the BMW.

Style points from me go to the Infiniti. Not exactly sure why but something deeply Freudian tells me to like the G-Series styling over the Bimmer. And I think I dig the interior in the G37 Convertible slightly over the topless 3 we tested last fall. Infiniti’s electronics are easier to negotiate as well.

As tested pricing for both units found the Infiniti arriving at a good 10 thousand less than the German competition (50 grand and change for the G37 Convertible).

The latest G-Series from Infiniti is about near perfect for the segment and in many ways kicks butt over the European counterparts. If you are in the market for one of these gorgeous four-season pleasure rides you can’t go wrong in either direction. Just remember to pack light and bring plenty of sunscreen.